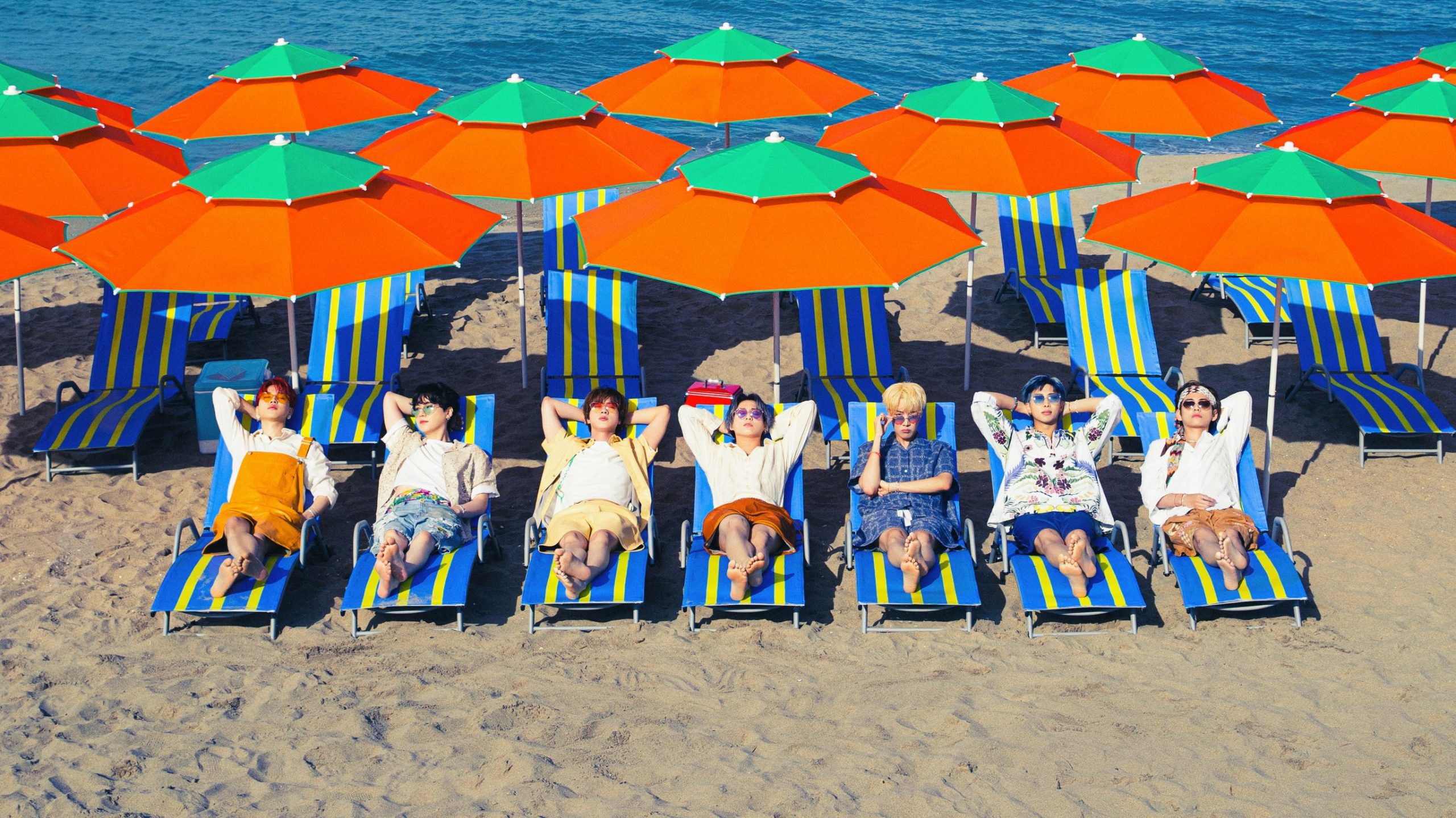 This Is BTS: Get Ready to Dance Like Nobody’s Watching

Everything we loved about BTS’s Permission to Dance on Stage concerts. We were all on struggle street when trying to snag tickets for BTS’ Permission to Dance on Stage – Seoul concerts this year.

When tickets went on sale on March 3, ARMYs around the world came out in full force to snap up seats for all three shows at Seoul’s Jamsil Olympic Stadium and all four shows at Las Vegas’ Allegiant Stadium. The tickets were sold out in a matter of hours. Even the 5,000 tickets for the BTS Permission to Dance on Stage – Seoul: Live Viewing were snatched up as soon as ticket sales opened.

But were we surprised? Nope.

After all, BTS is one of the most successful K-Pop groups in the world. In February 2022, the group collected three Guinness World Records for their massive social media followings. BTS currently holds the record for most followers on Instagram (60.5. million), Twitter (56.2. million) and TikTok (46.9. million) for a music group1.

The group is the third most-streamed artist of 2021 on Spotify, and when Butter was released in May 2021, it had the highest opening day streams in our history at that point and was even reported by Guinness World Records2. More recently, their hit Dynamite reached one billion streams on Spotify3, earning the group a spot in the Top 100 most-streamed songs of all time on the platform. The boys celebrated their win by eating bibimbap off their commemorative plaque.

And the boys do work really hard for all their performances. During the three-hour concert, RM, Jin, Suga, J-Hope, V, Jimin, and Jungkook lit the stage up like Dynamite, their moves slick and smooth like Butter. Every performance was on Fire, and we could see how much Blood, Sweat and Tears were shed with their perfectly in-sync choreography.  Here are our five favourite moments of BTS in concert:

Keep the music playing and get your K-Pop on with a BTS party at home. Listen to all of BTS’ biggest hits from Permission to Dance, Fake Love and DNA to ON, Boy with Luv and Blood, Sweat, Tears with Spotify’s This Is BTS playlist.