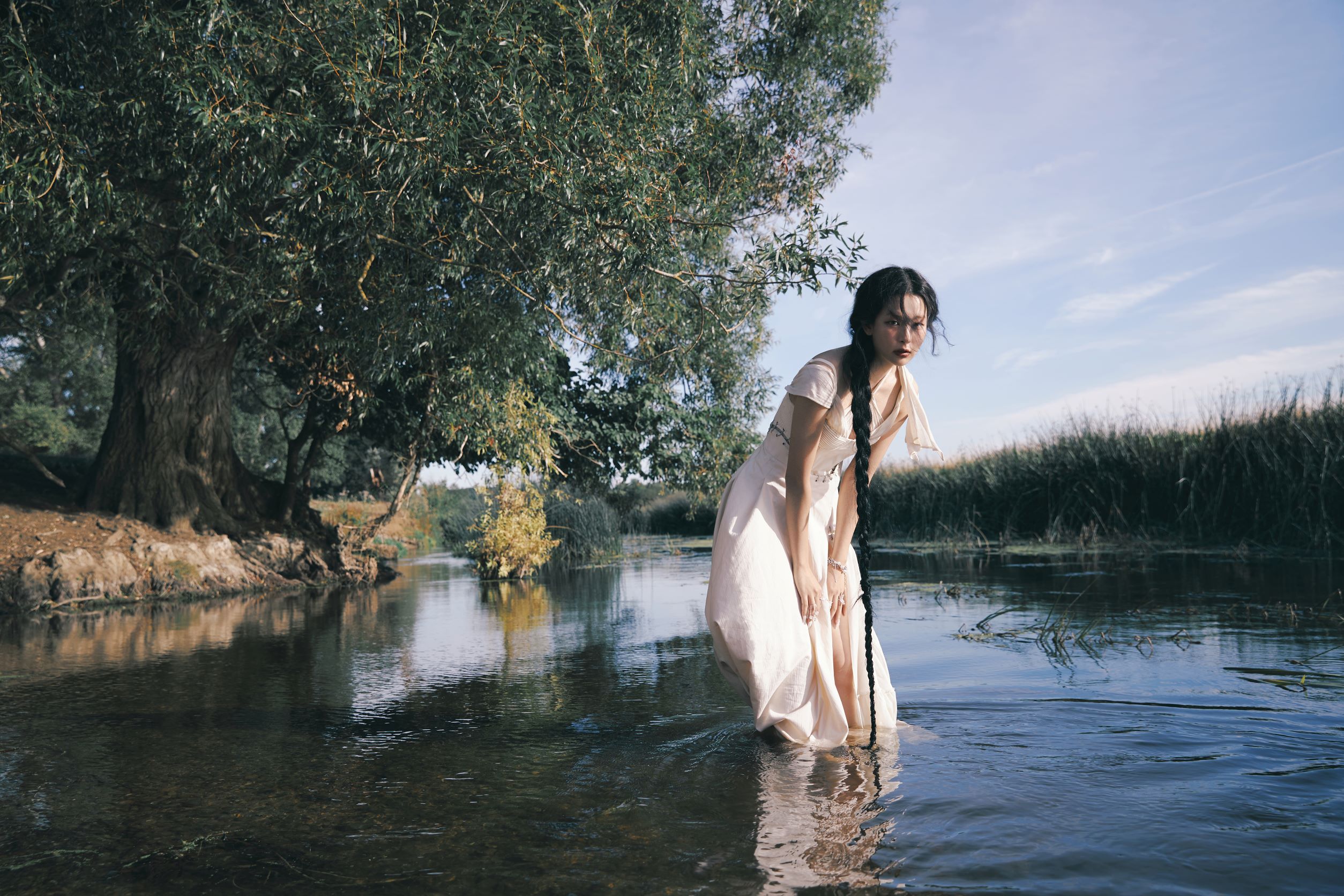 It’s hard to be an all-rounder, but these artists can sing and tear up the dance floor. When vibing to our favorite tunes, it’s often the main vocalists and rappers who get the spotlight with their vocal agility and high notes, and fans don’t often get enough opportunities to hear the vocal stylings of the other mains.

But with K-Pop artists being all-rounders in general, it’s no surprise that some of our favorite main dancers slay us not just with their moves, but also their vocals. Here are eight main dancers that we’ve put on the spotlight:

Known for his dynamic and enigmatic dance moves, EXO KAI surprised EXO-Ls (EXO fans) when he announced that he would be releasing his solo debut album, KAI – The 1st Mini Album, in 2019. After all, in a group with such impressive main vocalists like BAEKHYUN, CHEN, and D.O., EXO-Ls (EXO fans) haven’t had many opportunities to really hear KAI’s vocals shine in the group’s songs.

KAI’s breathy and honey-ed baritone-falsetto vocals really come through in his solo tracks like Mmmh, Hello Stranger, Peaches, and Vanilla, which are naturally complemented with his captivating dance moves.

ARMYs (BTS fans) are still eagerly awaiting a full solo album from Jimin but his solo tracks across the BTS discography have given ARMYs a glimpse into the dreamy vocals of the BTS main dancer. His delicate vocal tones easily pair with comforting songs, but turn sultry on sensual and darker tracks.

We also can’t forget how his soft vocal tone in his first-ever OST duet with good friend, HA SUNG WOON on With You for the K-drama, Our Blues.

While the BLACKPINK main dancer is known for her spit-fire, swag-worthy raps, LISA also has some sweet vocal tones. Her solo debut track, LALISA, showcases this as she both sings and raps her way through. Though we haven’t yet heard a track where the group’s maknae just sings throughout, BLINKs can get a taste of what she’s truly capable of from the girls’ latest comeback album with the track, The Happiest Girl — and it’s beautiful.

Many might know CHUNG HA as a successful soloist with hits like Roller Coaster, Gotta Go, and Snapping. But before striking out on her own, the pint-sized singer got her first break as the main dancer of the now-disbanded girl group, I.O.I – a temporary group created from Mnet’s Produce 101 music survival series.

After the group disbanded, CHUNG HA debuted as a solo artist in 2017 with the album, Hands on Me, and title track, Why Don’t You Know. Since then, she’s also lent her voice to several OST soundtracks, including At The End for Hotel Del Luna, You’re in my Soul for Record of Youth, and Someday for One The Woman – a true testament to her vocal prowess.

Fun fact: The SHINee main dancer and maknae was the first member from the group to release a solo album. TAEMIN debuted as a soloist in 2014 with the album, ACE – The 1st Mini Album, and the title track, Danger.

And for long-time SHAWOLs (SHINee fans), it’s a day that many didn’t think would happen. It’s been said that when TAEMIN debuted with the group in 2008, his vocals weren’t his strong suit. But with years of practice and perseverance, the group’s main dancer and once sub-vocalist is now a successful solo artist. In fact, he’s one of the two main vocalists in SM Entertainment’s “avengers” group, SuperM.

The versatile performer not only showcases his intricate contemporary dance moves in the music videos for his songs, but also lets fans hear his tenor tones in hits like MOVE, Criminal, and Advice.

While most artists would jump at the chance to release a solo track, it wasn’t the case for YooA – she shared on the SBS Power FM radio show, Cultwo Show, that she had turned down her agency’s suggestion several times before eventually agreeing.

And MIRACLEs (OH MY GIRL fans) are so glad that the main dancer said yes. Her debut title track, Bon Voyage, is as refreshing and charismatic as YooA is. Her sweet vocal tone is perfectly suited to the song’s dream-like vibe. It also carries through the entire album, from Far and Abracadabra, to the melodic and piano-accompanied End of Story.

Fans will also be able to look forward to more from YooA as she’s just announced that she’ll be making a comeback in November.

As the host of Mnet’s Street Man Fighter, a dance-based survival series, KANGDANIEL is no stranger to the street dance scene. After all, he started as a b-boy before joining Mnet’s second season of Produce 101, where he took first place and debuted as the main dancer and lead rapper of the group, Wanna One.

After the group split up, KANGDANIEL became a solo artist, releasing his debut album, color on me, in 2019. He’s also contributed to K-drama OSTs, releasing Something for Backstreet Rookie, and Hush Hush (feat MIYAVI) for Rookie Cops – he played one of the leads in the series too.

But KANGDANIEL is more than just a solo artist. He’s also established his own entertainment company, Konnect Entertainment, which manages fellow soloists like Chancellor, YUJU (formerly from GFRIEND), and CL.

Even as the main dancer in Red Velvet, SEULGI’s vocals have always stood out in the group’s tracks, like Bad Boy and Feel My Rhythm.

But with her solo debut album, 28 Reasons – The 1st Mini Album, ReVeluvs (Red Velvet fans) get to enjoy SEULGI’s vocals in its entirety. There’s a graceful and almost sentimental quality to her vocal tone that allows her to depict the sorrow, joy, and longing in her songs as she goes from the soft growls to the climatic highs.

The B-side, Dead Man Runnin’, also marks SEULGI’s songwriting debut. The singer, and now songwriter, has shared during the online press conference for the album and in various interviews, that while the process was difficult, she was pleased and proud with the final results.